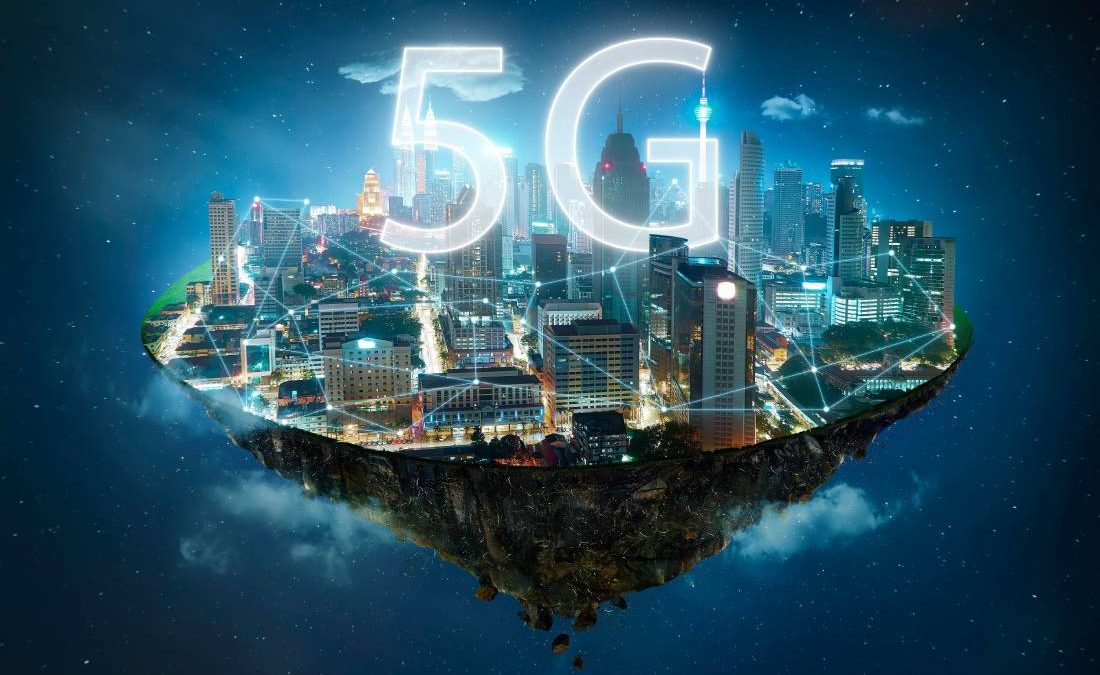 5G: Fifth-generation wireless (5G) is the latest generation of cellular technology designed to increase the speed and responsiveness of wireless networks dramatically. With 5G, data transmitted over high-speed wireless connections can travel at speeds of several gigabits, with potential peak speeds of up to 20 gigabits per second (Gbps) by some estimates. These speeds exceed wired network speeds and provide a latency of 1 millisecond (ms) or less, which is helpful for applications that require real-time feedback. With more available bandwidth and advanced antenna technology, it will allow a sharp increase in the amount of data transmitted over wireless systems.

5G networks and services will be made available gradually over the next few years to meet the growing dependence on mobile and Internet-enabled devices. Overall, with the introduction of technology, it has expecting to spawn a host of new uses, applications, and business cases.

How To Work It?

The fourth-generation (4G) Long-Term Evolution (LTE) radio technology forms the basis of it. Wireless networks consist of cell sites divided into sectors that send data over radio waves. Unlike 4G, which requires large, powerful cell towers to carry signals over longer distances, 5G radio signals take to a large number of small cell stations located in places such as light towers or cellar roofs. The use of multiple small cells is necessary because the millimeter wave spectrum (MM waves) – the spectrum between 30 and 300 gigahertz (GHz) ​​that it relies on to generate high speeds – cannot travel distances and is subject to interference from bad Weather and physical obstacles such as buildings or trees.

Earlier generations of wireless technology used lower frequency bands. To compensate for the challenges of distance and interference with MM waves, the mobile communications industry is also considering using low-frequency frequencies for 5G networks so that network operators can use the spectrum they need when setting up their new networks. The low-frequency spectrum reaches greater distances but has a lower speed and capacity than the MM wave.

What Does 5G Mean For Consumers?

For consumers, it means faster mobile internet and, above all, internet connectivity in many more objects than today.

Samsung and other Android manufacturers introduced the first 5G smartphones in 2019. According to the GSA report from October 2020, 148 5G phones are already available in stores.

MM wave signals can quickly be blocking objects such as trees, walls, and buildings – meaning MM waves can only cover a city block in the direct line of sight of a cell. Or a knot most of the time. Various approaches have to take a workaround for this problem. A brute force approach uses multiple nodes around each block of a populated area so that a 5G-enabled device can use an air interface – going from node to node while maintaining the MM wave speed.

Another practical approach to building a nationwide 5G network is to use a combination of high, medium, and low frequencies. MM waves can be used in densely populated areas, while soft and medium band nodes can operate in less populated areas. Low band frequencies can work longer and through different objects. A low-band it node can stay connected for up to hundreds of square kilometers to an it-enabled device. Implementing all three bands will provide full coverage while providing the fastest speeds in the busiest areas.

Wireless 4K video streaming is also becoming more and more practical. 5G download speeds can reach over 1000 megabits per second (Mbit / s) or even up to 2.1 Gbit / s. To view this, a user can start a YouTube video in 1080p quality on a 5G device without buffering. Downloading an app or episode of a Netflix show, which can take up to a few minutes, is done in a few seconds. On the MM wave, these examples should now be within an unobstructed block of a 5G node; otherwise, the download speed would drop back to 4G.

The low band can stay locked on 5G for longer distances, and while the overall speed of the 5Glow band may be slower than that of the MM wave, the low band should still be faster than a good 4G connection. Low-band 5G download speeds can be up to 30-250 Mbps. Low-band 5G is more likely to be available for more rural areas. The medium 5G download speeds can reach 100-900 Mbps and will likely use in large metropolitan areas

While the downsides of 5G are giving the ease with which MM waves can block, or less clear given the limitations of radio frequency (RF), 5G still has many valuable advantages, such as the following:

higher data rates that enable new technological options on it networks, such as 4K streaming or near real-time streaming of virtual reality (VR); and

the potential of a 5G cellular network composed of the low, medium, and MM wave frequencies.

Also Read: How To Choose An Internet Service Provider For Your Home

When will It Launch?

Cellular operators in four countries – the US, Japan, South Korea, and China – are primarily responsible for early 5G developments. According to Technology Business Research (TBR) Inc, carriers expect to spend billions of dollars on it investments by 2030. However, how 5G services will pay off on that investment is not clear. Evolving use cases and business models that take advantage of it could alleviate the revenue problems for operators.

At the same time, standardization bodies are working on universal standards for its devices. The 3rd Generation Partnership Project approve the 5G New Radio standards in December 2017 and intended to complement it cellular base standard required for it cellular services. The 5G radio system is not compatible with 4G radios, but carriers that recently purchased wireless radios may upgrade to the new one.

What Is The Relationship Between 5G And Satellites?

It satellite communication – straight from the sky to the device – will soon become a reality.

Indeed, a new generation of satellites will bring 5G capabilities onboard to ensure full it coverage of the earth in addition to 5Gland mobile networks.

In particular, it will offer superior accessibility, reliability, resilience, and broadcast and multicast functions in space systems.

Also Read: How  To Drones Are Use In Construction

Review What Is 5G, How to Work and Benefits. Cancel reply

What is Data Lake? What are the  Advantages?

How to Create a Group on Snapchat

What Is A Backdoor, And What Is It Used For?

Is The Best App For Photo Editing In Android?